Sweating will not stop!!

Not only that I have SS but my dad had SS.

The couple years before his the crisis that brought him to his passing, my dad would sweat. Very easily, but also, he would wake up drenched in sweat and cold. It used to scare me cause he would be so cold he couldnt move and I would help him change.

After he passed away last year, I began getting more sick than usual But thats a different story. But now, I sweat a lotttt. It's usually when I'm in a crisis or after one. Sometimes I would believe it was the medications, that your body was trying to sweat it out, which is why I would start sweating, even if it was cold in the hospital, like on third day. Even when you come out the hospital, your body is either sweating out the medications or withdrawing from it! Now that I've been out the hospital for almost a week, I'm still sweating. And I wake up drenched and my bed drenched, and it's still warm so it's no big deal, more like a nuseance.

I recently moved to NY and it's going to start getting chilly, I know. I'm trying to figure out why I'm sweating, and how I can stop it, before it does get cold. Any answers or advice?

I used to experience this when i was younger. I don't have any advice on it tho :(

I think it would be wise to start with the basic associated with your problem?... This sounds more of a possible Thyroid condition. You should have your Doctor check your Thyroid as it is associated with Sickle Cell Disease. I had a very low body temperature that caused me to have chills and cold hands and feet all the time. I was able to correct the problem with REAL SALT and a product called IOSOL. I no longer have chills nor cold hands and feet and my body temperature is now normal. You should CONSULT YOUR DOCTOR FIRST before trying to correct the problem on your own, I have a link below of the products that turned my health around and maybe it can help you?... Take care.

The link goes to the 8oz product but you would only need 1oz which would last about 9-12 months. (IOSOL)

I just know that sometimes having SCD increases your metabolism, could it be a side effect ? i dont know. I know that i can never sleep with flannel pyjamas coz they make me sweat, even in the winter.

Increases metabolism?? really? i never heard that before. 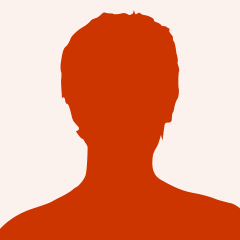 I am 25 with SCD and SS. I'm from Guadeloupe and live in France now.

When i'm in crisis and when i'm getting out i face the same sweating problem as yours. Even when its 2 weeks from the crisis i can't stop sweating at nights, i wake up in the night with my bed so wet so i have to change sheet.

It stop with no action, and i don't know with. Me and my girlfriend are very worried about that too.